Fall and winter months are beginning in New Jersey with the cooler months arriving homeowners and business owners will experience overwintering pest invasions. A variety of occasional invaders to expect during the fall and winter months are as follows: Asian lady bugs, boxelder bugs, cluster flies and stink-bugs. All pests found inside homes and businesses are disruptive and hard to avoid. However, understanding the biology, foraging and harboring needs of pests will make a significant difference. Monarch Pest Control Corporation will provide detailed information regarding overwintering pests, lend useful tips homeowners and business owners can use to avoid pest intrusions and employ environmentally sound pest removal solutions.

Multicolored Asian Lady Beetle, this little bugger was introduced to the United States to help save crops during 1978 to about 1981. They are a voracious predator of crop pests and were perfect for the job because they cause no threat to plants. Lady bugs can become a house hold pest during the fall and winter months when they begin their migration towards safe harborage. I have never seen it myself, however, I had a couple customers mention they had fabrics stained by these pretty beetles. Like a few other species, lady bugs have the ability to secrete a smelly liquid from their legs to warn predators off. This is great in the wild but not in our homes or our businesses. Lady bugs can swarm in large numbers by windows, doors, on ceilings etc. another reason they can become quite aggravating to people having to cohabitate with them. Lady bug removal is actually quite easy and can be done with little to no chemical control if done properly. During the spring months, Lady bugs want to be outside foraging and mating, not in doors where there is little for them to survive on. It is during these months precautions should be made especially if you have dealt with a mass infestation during previous fall and winter months. Simply taking account of all the entry points in your home/business and sealing vulnerable areas will greatly improve chances of not seeing them next fall. During, the beginning of fall having the exterior entry points of the home treated with an echo friendly product will divert the lady bugs from even wanting to set up shop in your home or business! One very important thing to mention…do not do this backward, you will create an entire host of problems on top of you unwanted visitors. If sealed in during the fall/winter months and the lady bugs die in the wall voids, expect to have issues with dermestid beetles (beetles that feed on carcasses of insects).

The boxelder bug has clearly made its way up and down the coast of the United States from D.C up to even Canada; this migration will not slow following the migration of the boxelder trees. Boxelders bugs feed mainly on the seeds of the boxelder trees during the spring months, once the female trees start maturing the boxelder bugs move up into the leaves where they will remain for the rest of the season. They will forage and mate on and around these areas and are known to fly up to two miles from their congregating sites. Boxelder bugs are also known to go after a variety of other trees when their favorite is not available, sycamore maples, silver maples, and some fruiting trees. Once the cooler months of fall settle in these bugs will come together in large numbers resting on the sunny sides of trees, rocks, bushes and on homes. They can make their way into buildings during the fall months creating quite the headache in winter months. I have seen them inside homes and businesses swarming in great numbers always in areas of the structure where the sun hits during sunny winter days. If you are not used to seeing these infestations they can be pretty alarming because of their numbers and flying capabilities! There are several measures to ensure your home or business can survive the winter without a Boxelder Bug Armageddon!
During the warming up of April, around spring cleaning time it is very important to bug proof too, do so when these pests are moving outdoors. I always say a good rule of thumb is around Mother’s day when flowers are safe to plant without worry of frost! Sealing all vulnerable areas inside a home or business will greatly improve chances of not seeing this pest swarm indoors. When fall begins to arrive having the exterior landing sites and entry points of structures treated with eco-friendly products will not only knock down the numbers but also deter the pest from wanting to enter the structure in the first place!

This fly like the face fly can prove to be quite the challenge to eradicate once it’s made it into a structure. The adult cluster fly will lay its eggs in cracks and voids in the soil, once the eggs hatch into maggots; the maggots then will enter and pupate in earth worms usually taking 15 days to one month to complete the metamorphous. These flies are difficult to treat because they are hard to target being that they pupate in earth worms beneath the soil. The best mode of action is to locate vulnerable areas of the structure and exclude them. Caulking cracks at windows, floors are a good start. Exterior areas should also be inspected and sealed especially in areas where these flies have a tendency to create the most havoc. Cluster flies are known to get into attics, lofts, meander in groups at ceilings etc. It is imperative to build these flies out in the summer time and treat the exterior during late August to the first two weeks of September here in New Jersey. If you attempt to exclude these flies during the beginning of fall when they start to enter structures for harborage it will lead to a miserable winter. There are many techniques to help control this pest, but, unfortunately, this fly will be impossible to 100% eradicate.

I am sure at this point pretty much everyone here in the tri-state area has had a run in with this nasty little fellow! The brown marmorated stink bug is fairly new in the United States; it was brought here by route of Asia, as seems, most of our unwanted pests and vermin tend to originate from. Stink bugs have been not only a nuisance to homeowners and business owners, but also to our farmers because of the devastation they caused fruiting tree crops. This insect loves to find harborage within our structures and like with the other overwintering pests the same method of exclusion should be followed. The stink bug and its tendency to “follow the light”, placing a fly light in harboring areas are key to preventing emergence from light fixtures during the winter months. It is imperative to exclude this insect when it has moved out in the summer and treat entry points in the early fall months.

Overwintering insects have created some of the largest headaches for not only homeowners and business owners, but for pest professionals too. I have found over my career that with these particular pests proper identification is number one! When the insect is properly identified, and then begins the sometimes arduous task of building these pests out. I have frustratingly found time in and time again, companies lead their techs to use fogging processes to eradicate infestations….this to me is ultimately only creating a larger problem for homeowners and business owners. Sure fogging, spraying, misting you name it, will kill these insects dead for sure! What is wrong with that??? It’s a band-aid on a bullet wound; it solves the immediate not the long term. When these insects wind up dying in wall voids and other various hiding spaces a lovely little clan of beetles will start to infest hunting the dead overwintering insects down. Call in the Dermestid beetles like the carpet beetle, black carpet beetle, varied carpet beetle and even the khapra beetle. So, now not only are there issues with overwintering pests that most likely survived the bombing of traditional pesticides, but the aftermath of the dermestid beetles clearing out the carcasses only to find their way into living spaces when their food sources dry up. If the khapra beetle had made its way in, they feed on not only insect parts but are very much a lover of grain products and can be pretty costly once they invade your food pantry! Processes to control and prevent overwintering pests, begin with identification, finding vulnerable entry points sealing those areas, vacuuming live clusters, fly lights on interior harboring sites as well as exterior areas of the structure. There are many ways to help maintain these pests without using harsh chemicals to begin with. In some cases when infestations are high, using borate and silicone based dust in wall voids and behind electrical outlets may be necessary. Fogging and other crazy power spraying techniques are the thing of the past, a dinosaur much like the baseboard spray-jockey whose mentality is spray first identify later if at all!

So, in all make sure when dealing with overwinter pests you ask questions of seasonality like mating, foraging, harboring habits; when do these things happen??? An informed pest management consultant should be able to answer your questions concisely and in detail, without knowing these key factors control and elimination in a safe manner are impossible! If you have tried over and over to combat these difficult to control pests yourself contact Monarch Pest Control Corporation. I will guide you through several environmentally conscience programs to alleviate your overwintering pest problems! 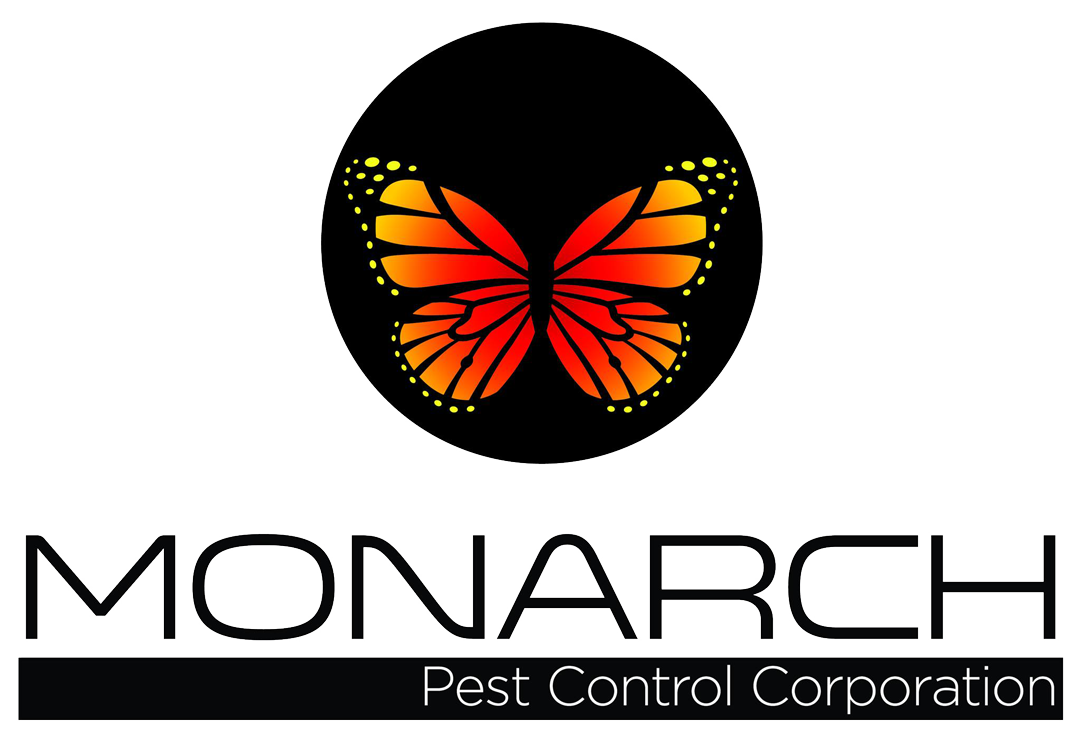